Bits and Pieces and Peanut Butter 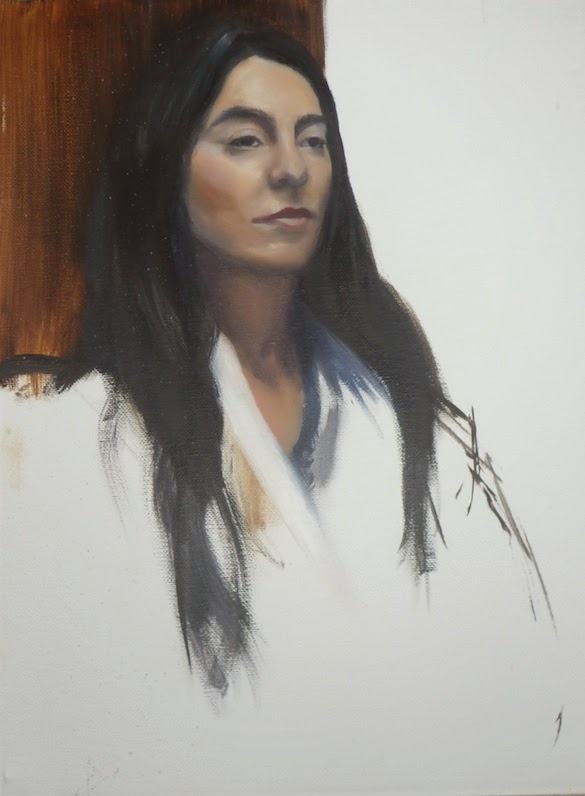 So here are a few of my recent attempts at painting from life in class. These first two are eight hours each sessions at four hours in a stretch except for the last one. I did not capture the first model's face that well but I am happy with how I used color as a whole. 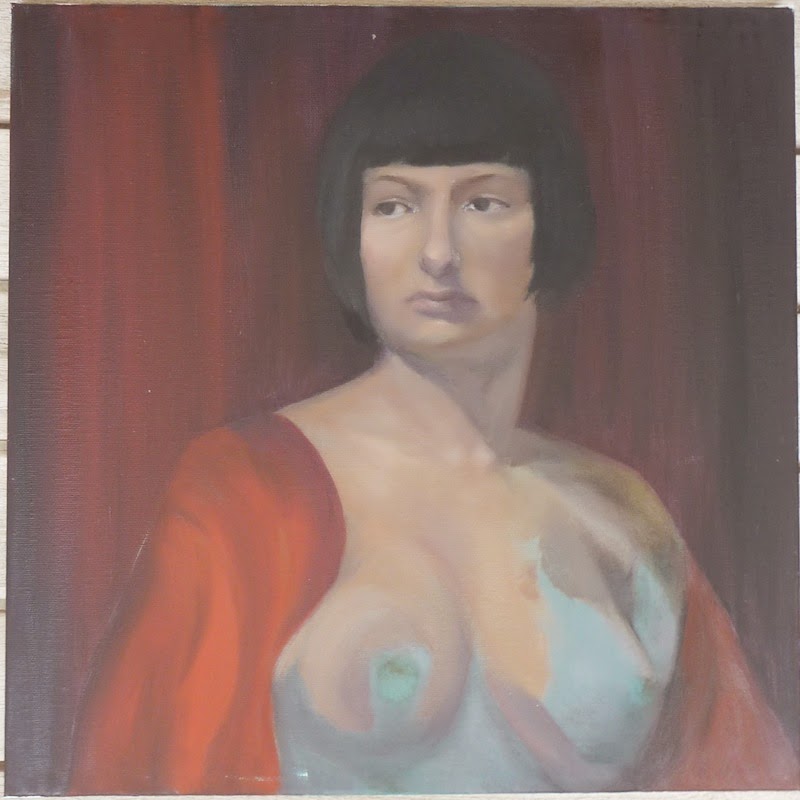 This second painting has a previous weeks work under it that I sanded down and reused the canvas, hence the blue. Blue is not a great choice for an underpainting of flesh, but oh well. 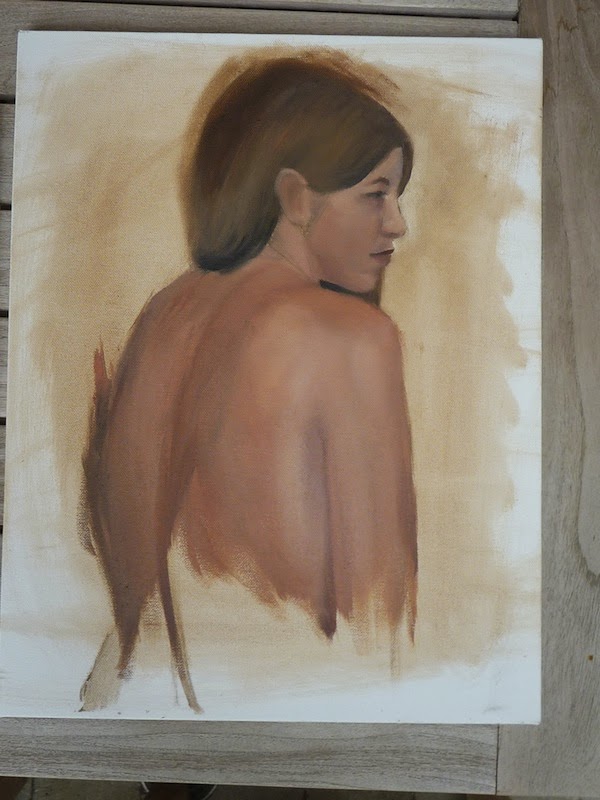 Last session's worth which was just a four hour (and a frustrating and unsatisfying event as a whole from a class standpoint.) Overall eight hours to paint the same pose is not enough!
All oil on canvas, 14x18 and slightly smaller.


Anywhoo, we had a lovely BBQ yesterday for my father's birthday and my husband requested Tri-Tip roast and what with everything I was trying to juggle in the kitchen I inadvertently overcooked the corners of the roast. Darn! So I cut those ends off and intended to feed those to the dogs, but today I decided to make a mostly vegetable soup with it. So of course the soup had a slightly burned taste. Ick. What to do? Go on the internet! The answer to help get rid of the burned taste in soups and stews and the like? Peanut butter. Yup. Peanut butter. I was skeptical (probably like you are now) but I added just a smidge to a bowl and sure enough....pretty much took that slight burned taste away without adding any real peanut butter taste to the veggie soup. Who knew? (Margie probably knew, huh Margie?) I found the answer on the GardenWeb in their kitchen forum. AND obviously DO NOT feed a peanut butter laden soup to anyone with peanut allergies. Just sayin'.
Cheers all and God's peace. Hope you are all well and to those of you up to your eyeballs in snow I wish you a bright sunny day and the gentle warmth of spring.
Karen
at 3:03 PM 2 comments: 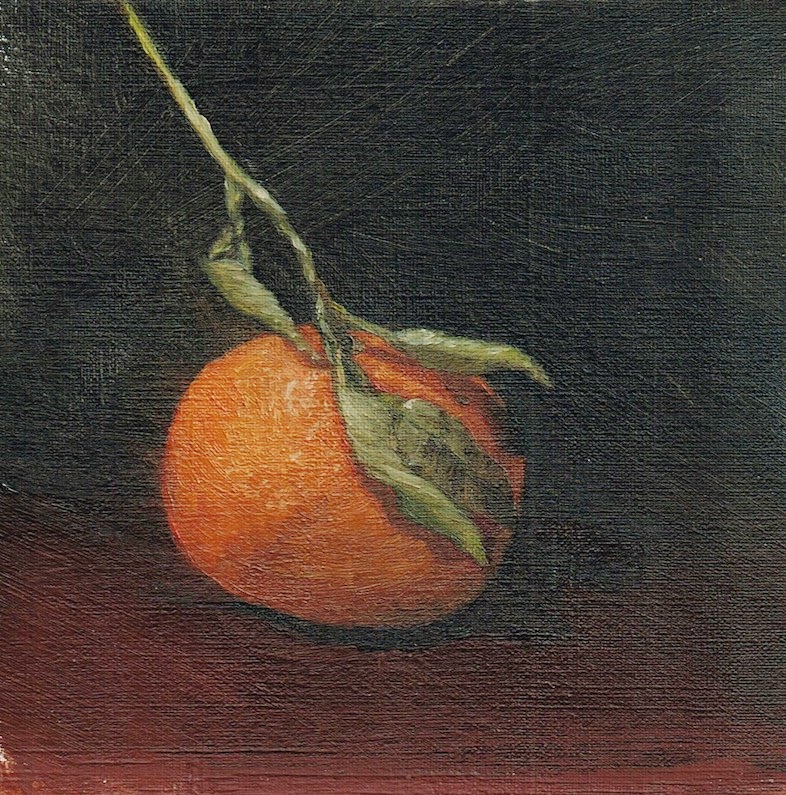 So we've had as much rain in the last three days that we've had in the last year and already my husband  has cabin fever. He wouldn't make it in snow country.
Oil on paper canvas, about 6x6", still life, tangerine
Cheers all,
Karen
at 12:03 PM 1 comment: