I Now Can Say No More 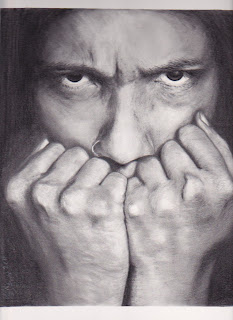 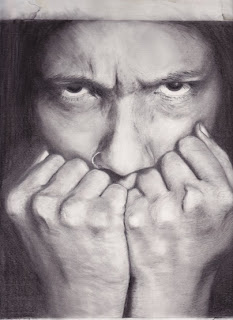 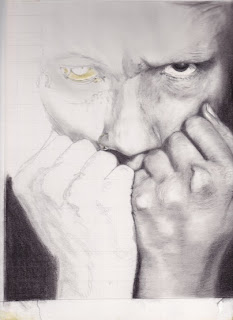 So I asked a very talented photographer I know over on deviantart if I could draw a self portrait she took of herself and she said yes. So here is my progress on it. I submitted it to the "Strokes of Genius" drawing art book contest (like I'm some kind of a genius!!) but no go on that. And I think I can see why it was rejected, but I'm very happy with how it turned out. Stop by her page to see the original and some of her other wonderful stuff. Cheers and love. ks (Oh, and I entitled it after a line from a song by Robbie Robertson - who was originally in "The Band" with Bob Dylan. Robbie decided to investigate his native american roots and then organized a whole album around different native american musicians from Canada all the way to Florida. Its called Music for the Native Americans and I listen to it at least once every couple of months.)
Michelle's page is http://michellevarela.deviantart.com/
at 9:43 AM 2 comments: 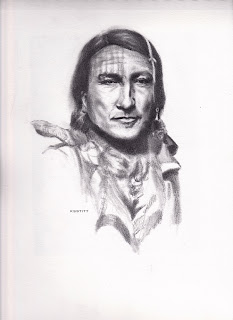 So I was searching around for clothing references for a painting and I stumbled on the photographs of Gertrude Kasebier from the early 1900s. I was so struck by them I printed out several and just started drawing. Here is one of the Lakota men she photographed - from, I think - a western side show. And in my true fashion, I dropped the nose down too far - thus not truly capturing his face. (My youngest daughter pointed it out to me. She has a good eye for that.)
Slightly darkened in the computer, but on my favorite Cagrain paper using faber castell pencils.
at 9:20 AM 3 comments: