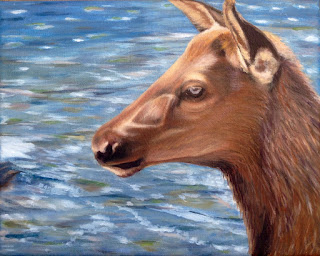 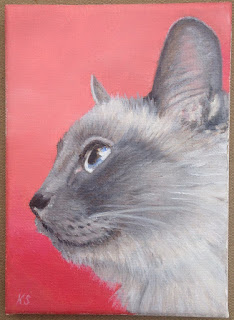 I painted a portrait of my sister-in-law's cat for her birthday. She liked it and I had fun painting Thistle.
Oil on canvas, 6x8"
NFS
at 9:26 AM No comments: 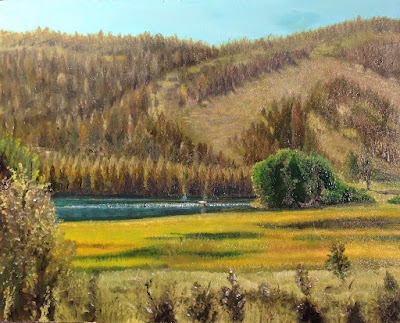 Fall at the Ranch 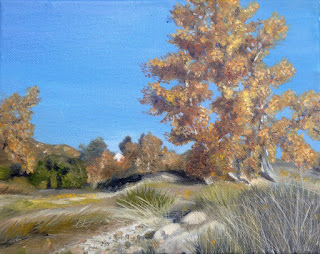 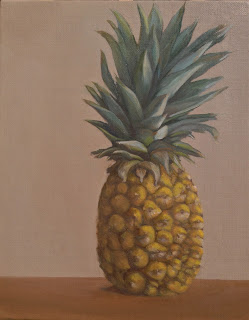 Bought this delicious pineapple, painted its portrait and then ate it. Yum. 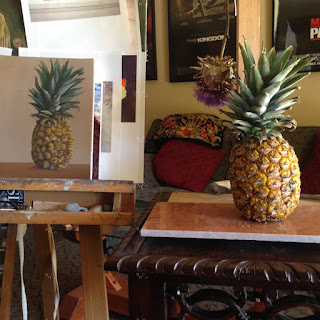 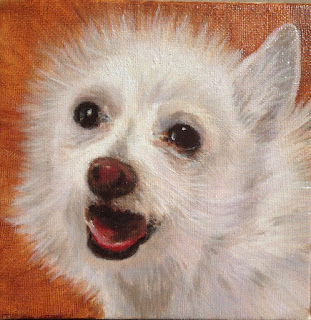 I painted this portrait of my brother's dog for his birthday.
It made me smile as I painted it.
at 6:54 PM 1 comment: 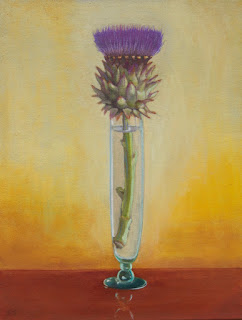 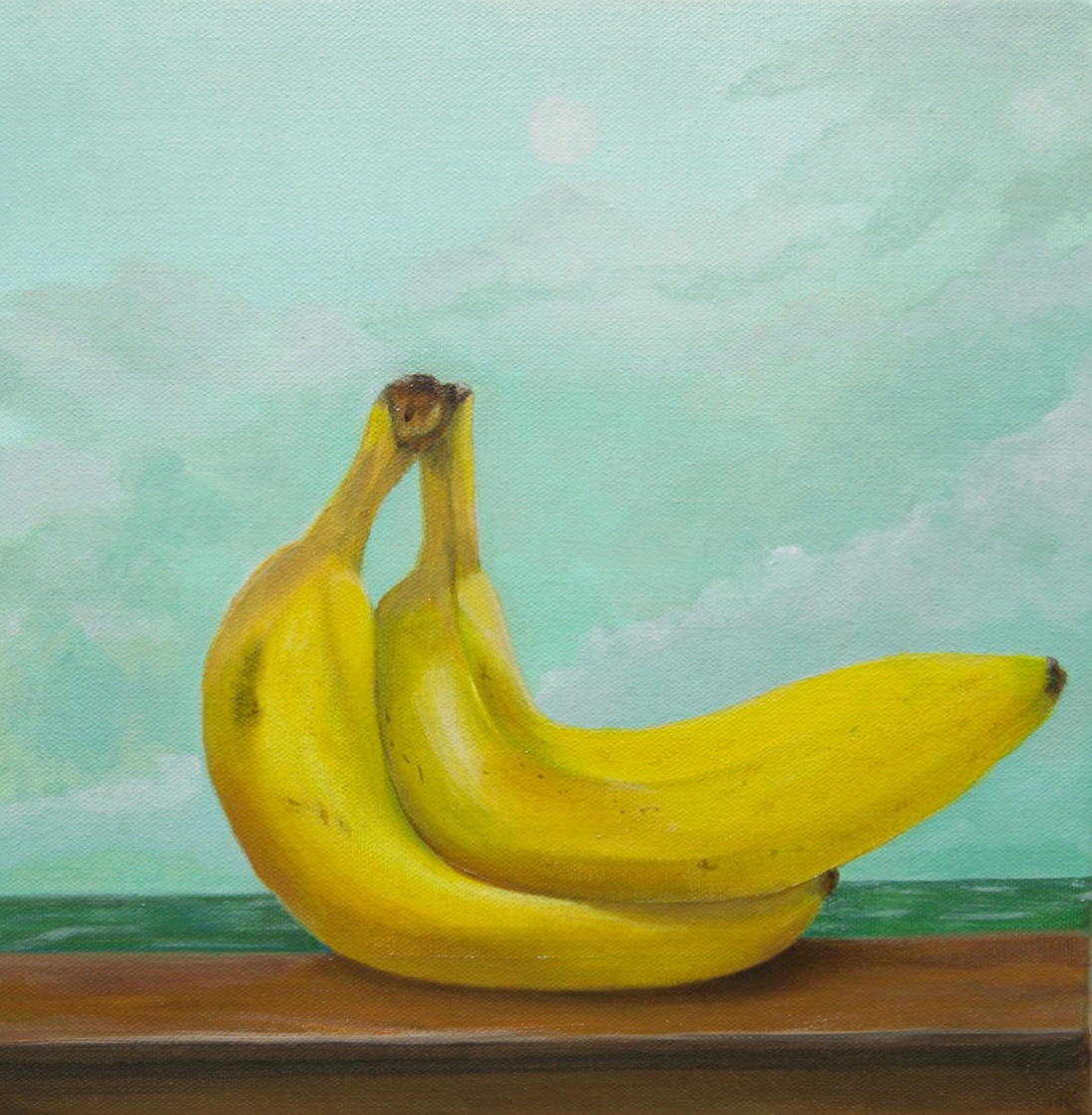 I repainted this. It was originally entitled Green Shoulders. I like it much better now. Link to the first round and also Gwen Stefani's Bananas song which I sang nonstop while painting.
Yeah, I'm that kind of gal...bananas, b a n a n a s
Thank to my friend, Linda, who helped me immensely with her excellent photographic skills. Check out her shop:
https://picture-it-anyway.myshopify.com

And the original post: http://ksstitt.blogspot.com/2011/04/green-shoulders.html
Sold
SaveSave
SaveSave
at 3:57 PM No comments: I've been reading, well, listening, to a lot of audiobooks while painting recently and have really, really enjoyed some I want to share. So, if you like "sci-fi/fantasy" like I do put these on your list:

Shades of Gray by Jasper Fforde -A good one for artists as it's all about color. There are good reviews on Goodreads. I'm going to start his Thursday Next series soon. He writes somewhat akin to Terry Pratchett if your familiar with Terry's work with that same sort of funny quirkiness.

The Scorpion Rules and its follow up The Swan Riders by Erin Bow. I enjoyed these books so much I read them twice in a row.

100 Sideways Miles by Andrew Smith. This one blindsided me and had me laughing and crying at the same time. I also read his Grasshopper Jungle which was weirdly different but enjoyable.

White Cat by Holly Black from her Curse Workers series. I want to see this series turned into a television show! What fun that would be! I suggest listening to the audiobooks as they are read by Jesse Eisenberg and he just makes the characters come alive!
Ok. Back to painting and listening! Cheers!

Sometime ago, we went up to the Sierra mountains, which we do frequently. You grow to know the sites along the route and one of these was the battered Eat sign in the "town" of Pearsonville (believe me, it is not a town. More of a place for tumbleweeds to grow, rather than people)  On the way home, my husband decided to stop to take a photo of the Eat sign, sure that someone was going to take it someday. He was right. It is gone. There was nothing in its place for a while and then a new Eat sign was put up that is sadly lacking in the battered charm of the original. So I painted a portrait of the dilapidated old sign as I last saw it and remembered it. Farewell Eat sign. I hope someone is happily fed while gazing at your rusted words of encouragement. 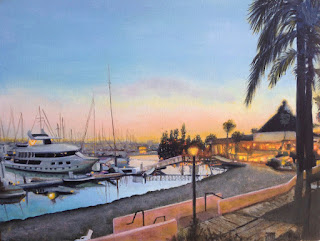 She loved the blues 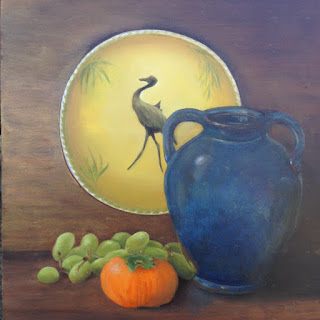 My mother in law had a "fondness" for blue (everything!!!!! was blue)
I had to paint this vase that she had at her house.
Oil on hardwood panel, 12x12" still life
Cheers all.
Everything's good here - just a little turbulent.
Buy with PayPal